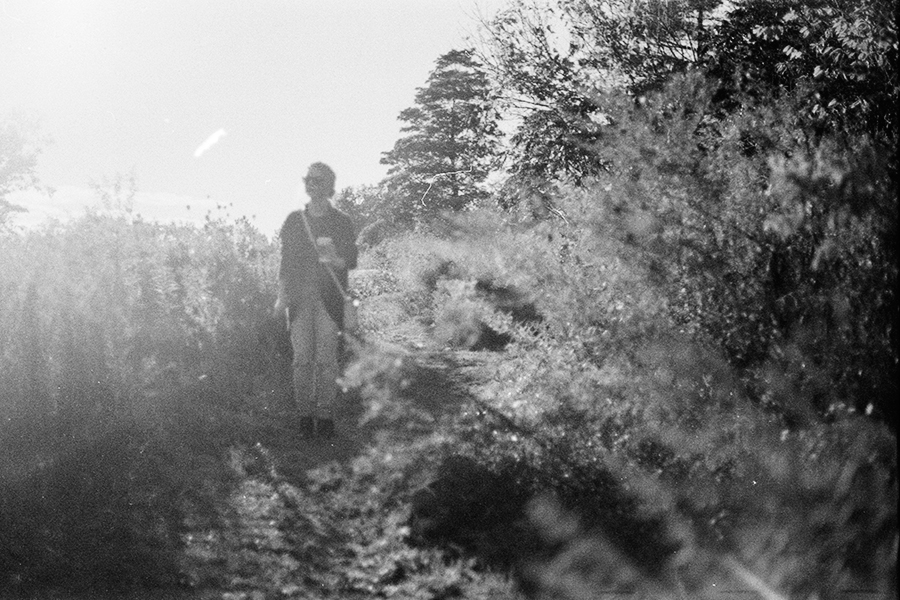 I thought I would take a break from my usual beauty-related blog posts to get a little more personal with some facts about me. Some of these facts might be really known to some people, but other facts may be really rarely shared information that doesn’t come up in normal conversation. I’ve had my blog going for nearly a full year now, so I wanted to let you all into my world a little bit more so that you could know more about the girl writing these posts. You’ve all probably figured out by now that I’m a bit of a makeup hoarder, but let’s move past the obvious…

01 // I am most comfortable being the homebody that I am. I really enjoy staying at home, even if becomes extremely dull at times. The hectic atmosphere of busy crowds and loud places don’t exactly scream enjoyment in my mind. I will make exceptions on particular occasions, and loudness at concerts that I’m really excited for, but otherwise my heart belongs at home. I enjoy spending my Friday nights cuddled up with a movie or catching up on a television show alone or with the boyfriend. Being at home also means extremely comfy clothes, like pajamas, so that’s a double bonus for comfort. A lot of people see this as me being a really boring person that doesn’t enjoy any sort of social life, but my introverted personality feels that being a homebody as nothing wrong.

02 // Anxiety is a big issue I have come to terms with having and have probably suffered from it the worst within the last year. It has begun to effect everything from going to concerts to simply eating dinner out at a regular restaurant. I know the saying that most things that people worry about never happen, but if I go through one bad situation I find myself believing that it will happen again next time that same type of situation roles around. I have avoided going to certain outings to avoid getting into this anxiety-induced situations, but I am also trying to slowly conquer the anxiety to replace those “worst case scenario” memories with better and more positive ones.

03 // Despite being a boring homebody with anxiety issues, I have an extreme urgency of wanderlust. I want to travel and experience being in different parts of the world. I have a list of places I would like to say I’ve been in and have some memorable photos, but if I had to pick only a few places to name I would definitely want to travel to London, Paris, Greece, and California. Coming from someone who does not like really warm places, I would have to really plan to be in each place at their best temperatures during the year. Not too hot, not too cold, but alas I will deal with the hand I’m dealt if I ever got the chance to visit any of these places.

04 // I grew up pretty much only listening to country music and little bits of Celine Dion and similar artists here and there. So if there is a Shania Twain song playing anywhere that I am, except me to sing all the lyrics to you. If you get caught anywhere with me when certain Celine Dion songs come on (for example: driving with me when “It’s All Coming Back To Me Now” comes on during shuffle mode), be prepared for a dramatic performance. While everyone was hardcore crushing on Backstreet Boys and NSYNC, I was in country mode. My musical tastes have adapted to pretty much all genres of music except for death metal screamo rock. I would like to add that I can rap a pretty mean Childish Gambino verse unless someone makes me laugh, then it’s a hopeless cause. For further insight to my favourite artists: Matt Nathanson, Wakey!Wakey!, Taylor Swift, Lights, Tyler Hilton, The 1975, and One Direction. Yes, One Direction. It’s just so catchy and I’m not ashamed one bit about that.

05 // If none of the above gets me pumped up and performing a musical act for you, some of the classics most definitely will. If any of the following songs are ever playing, you will definitely see me do a 180 and turn into a different person you’d never expect (as long as I’m awake and feeling well): Whitesnake’s “Here I Go Again”, Asia’s “Heat Of The Moment”, Boston’s “More Than A Feeling”, and Bill Medley & Jennifer Warnes’ “I’ve Had The Time Of My Life” from the Dirty Dancing soundtrack. There are a few Bruce Springsteen songs that are likely to get me singing along, but I’ll leave it at the four previously mentioned songs for now. Any surface is destined to turn into my imaginary drum set for the transition into the first chorus for the Whitesnake song. I will even attempt to make movements similar to that of the final dance sequence of the Dirty Dancing song, as will most of my family – and you should consider yourself lucky if you’ve ever witnessed that happen.

06 // You could call this cruel, but I own a cat even though my sister is allergic to cats. I did not do this in spite of her, but with some circumstances and her previously being away at school lead to having a cat in the household. He’s not the most lovable cat, and my boyfriend only refers to him as “prick”, but my sister still finds ways to love and tolerate him when he has his cute moments. It’s not like she’s the one he tortures every morning in the early hours of the day to be fed by destroying her room – that’s only what he saves for me. My cat doesn’t shed too much so it’s not as drastic as it could have been.

07 // If someone were to ask me what my favourite movie was I could answer with different movies from time to time, but I think to be safe I will truthfully consider the following five movies my favourites: (500) Days of Summer, The Holiday, Pitch Perfect, Fired Up, and Something Borrowed. I like chick flicks and I like to laugh. I also like to point out that it is hard for me to watch these movies with people that have not seen them because I can’t help it but quote most lines as they are being said. That doesn’t stop at quoting while the movie is on because I will quote some of these movies (The Holiday and Fired Up) during everyday conversations. Usually, I will be around people that have also seen these movies and will understand these references without a second to think about it. I love movies, and have been a hoarder of DVDs over the years, but I’m slowly trying to stop buying them because it’s money and I’m pretty much out of room on my DVD shelf.

08 // Picking a favourite food is tough because I know there are a lot of foods that I really like, which includes pasta with my mother’s homemade tomato meat sauce, cookies, doughnuts, blueberry pies and apple pies. But when it comes down to it I would pick smoothie bowls as my favourite these days. I’ve learned to make these delightful smoothie bowls this year and every time I eat one I am just really happy and know that I’m eating healthy compared to when I snack on the previously mentioned foods. It may leave some berry seeds stuck in my teeth, but it is worth every moment for how delicious and beneficial it really is! It’s fantastic to help stay cool in the summer and I may just have to put on an extra sweater during the winter to eat it, but I don’t mind.

09 // You can call me weird but I dislike peanut butter with a passion. There’s a good handful of foods that I won’t go eating unless blended very well into a meal, but anything containing peanut butter is coming nowhere near my mouth! I ate too much of it as a child and then one day the switch flipped and I just instantly hated it. Don’t feed me anything with peanut butter and we will get along just fine!

10 // I like to name things after famous people or after a reference made in a television show or movie. My previous and current iPhone are both named Macklin in reference to Chris Pratt’s character on NBC’s Parks and Recreation when he puts on a not-so-secret personality of Burt Macklin FBI. I nearly transferred this name to my cat, but my cat was given the name Nelson and I couldn’t bring myself to change it when I became his owner. My iPad is currently unnamed. My new iMac is named Starscream, and no that is not a direct Transformers reference. It is the name Olan Rogers gave his cat and I got my new iMac the same day that I had the truly amazing chance to meet Olan himself. I thought that would be a pretty easy reminder of the timeframe for both purchasing an iMac and meeting a role model. My first car was named Springsteen, after Bruce Springsteen, for the reason that it was an old car but still cool. My new car is named Krasinski, after John Krasinski because of reasons.

Well folks, there you have it – ten facts about me. It actually took almost a whole day to think of these facts and which to write about, so I hope you enjoyed it and that you feel like you may know me a little bit better. The photos with this blog post were taken by my sister with her film camera. If you want to see more of her photography you can view them on her Flickr account here. 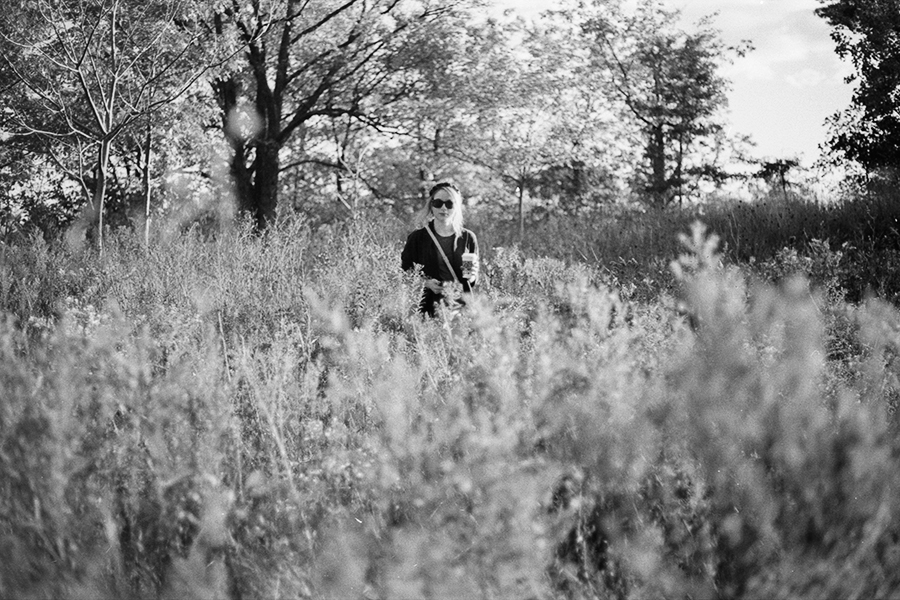