trying to be cute, but winter is still happening o

my brain is still on long weekend mode, but the lo

sorry for what i said when i wasn’t drinking my

some days you come home, eat a giant homemade plan

shoulder frecks with a side of pastels to brighten

if there were two of you, what would you spend mor

I’ve done the whole post already where I talked about a goal of wearing less makeup this year. I wanted to go into more detail about one of the areas that started it all off. I briefly mentioned that I had mostly don’t wear mascara on a daily basis anymore. In December, I only wore mascara maybe about three times. Maybe two or three times so far this year. It was simply just a product that I did not want to bother going through the hassle of removing each night, still waking up with the racoon eye due to the bits that did not get removed. It is always nice to wake up with a clean face to start the day. I just wanted to discuss a few of my little exceptions to this “sans mascara” thing that I have got going on lately.

The only reason I wore mascara over the past few months was for special occasions such as evening out, or important meetings. Some of those first impression reasons. If people say my eyes are my best feature, I am going to play that up as much as possible. When it does come to picking the mascara, I have a few options. When it comes to waterproof mascara, I fully trust the Tarte Lights, Camera, Splashes Waterproof Mascara. It is the holy grail of waterproof mascara in my opinion. For a drugstore alternative, I like the Maybelline The Rocket Waterproof Mascara. It does a fantastic job at a cheaper price. When it comes to non-waterproof mascara, these two get the top spots for being amazing in every way: Tarte Gifted Amazonian Clay Smart Mascara or the Too Faced Better Than Sex Mascara.

There is a difference between bare lashes and fully done up curled lashes. I have found myself a product that will land me right in the middle to give me extremely natural looking lashes. It’s very easy and minimal removal at the end of the day. I have had the chance to give a try the Estée Lauder Little Black Primer lately. I have reached for it a couple times already just to play up my lashes a bit. This tinted lash primer boosts the volume, lifts, and lengthens lashes. I curl my eyelashes a bit and apply a bit of this product to gain the benefits of the primer. It also adds a tint to the lashes without a full on mascara effect. I’d definitely recommend it to other people that want natural looking lashes with a little extra something.

In the end, on most days I will either go without makeup altogether, so I will use a bit of eyeshadow and liquid eyeliner to play up my eyes when needed. Even though a lot of people say that they can’t live without their mascara, I simply have outgrown it on a day-to-day basis, but will pull it out for certain exceptions. 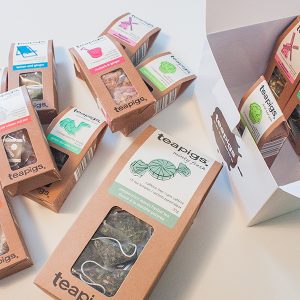 trying to be cute, but winter is still happening o

my brain is still on long weekend mode, but the lo

sorry for what i said when i wasn’t drinking my

some days you come home, eat a giant homemade plan

shoulder frecks with a side of pastels to brighten

if there were two of you, what would you spend mor

one annoying habit (of many) that i wish i could s