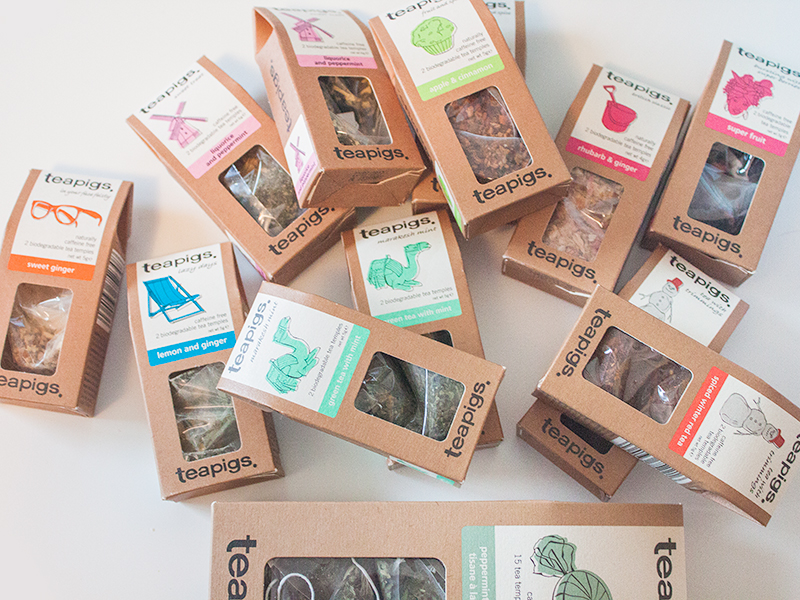 It’s not that shocking when I decide to gather together a bunch of tea flavours from a single brand just to see which flavours rise above the others, and ultimately finding out if a brand is really worth all the hype. I did not feel like waiting around until the Spring-time tea favourites post to discuss if any of these flavours made it into the hall of fame, so I decided just to review the brand as a whole all based on the flavours I collected in a sample pack and a regular sized package of one of the flavours.

Teapigs is a UK-based tea brand. Yes, the tea came from across the pond, but I had been contemplating making this order for months now and finally bit the bullet and settled on the Pick n’ Mix sample pack, which is a box with twelve mini packs of tea, each with two tea temples.  The only hard part is deciding which flavours make it into the box. I felt this would be a perfect introduction to the brand and really give me a good taste of quite a few caffeine free flavours before making any further purchases. I did end up picking doubles of a few of them, just in case I really liked them and wanted more than just two tea temples.

I am a sucker for their simple packaging and little illustrations, but I was very excited to start drinking these teas when it arrived in just under a week. The regular sized package of teas I had already had for a week from a grocery store in Kitchener, Ontario of all places. I was able to start sampling with the Peppermint Leaves flavour. It is quite a strong peppermint flavour, so if that is your sort of thing – then this peppermint tea is what you should be looking for. One of the flavours that I had heard a lot about was the Liquorice and Mint, which is a very sweet mint, something completely in it’s own category. Liquorice and fennel flavours teas are supposed to also carry a lot of health benefits, so I doubled up on this flavour for that reason. I opted for another mint tea with Green Tea with Mint. I recently started to explore green teas a bit more and thought this would be a nice way to drink green tea more often. I found this mint green tea was very similar to the Tazo Zen tea, minus the bit of lemongrass that is usually found in Zen. An additional single use sample packet that came with the order was the Mao Feng Green Tea which is supposed to be a slightly fruit green tea, and although the peach and apricot flavours were very subtle, this tea was still enjoyable.

When it comes to ginger tea I usually don’t like how strong of a flavour it is, so when I saw multiple versions of the ginger tea on the selection list I made sure to grab a bunch of them. Rhubarb and Ginger: Adding rhubarb into a ginger tea? Who ever thought of this idea? I was most intrigued by this one of the bunch, hoping it could become my new favourite ginger tea I’ve ever tasted. The tea bag itself is extremely strong and very tart smelling. From that scent I was not sure how it would taste, but it does not taste like it smells. The addition of rhubarb cuts through the ginger and really just puts a (very slight tart) fruit flavour to make you forget you were drinking ginger tea in the first place. Sweet Ginger: This one stays true to its name and adds an element of sweetness to the sharpness of the ginger flavour, almost as if someone had dumped a lot of agave into a regular ginger tea. Lemon and Ginger: The third ginger flavour was the citrus version of the bunch and spiked the normal ginger buzz with a bit of lemon that made it something a bit different than a normal ginger flavour. I liked it.

To add a couple random flavours into the mix, I got Super Fruit and Spiced Winter Red Tea. With a flavour name like super fruit, I was imagining an overpowering rainbow of fruity flavours when I took the first sip, but this very deep pink coloured tea is a mild fruit flavour, which I think I may prefer. It’s hard to come across a fruit flavoured tea that you would prefer as warm tea rather than over ice. The colour alone is fun to watch while it steeps. When it comes to spice teas, I usually have the problem of it being too strong (very similar to the ginger tea issue) with the spice and cinnamon, but this one was a very gentle spice flavour and probably one of the best I’ve tried for that sort of flavour. These two flavours really stuck out to me from the rest. Maybe I just prefer certain tea flavours on the milder side, rather than packing a punch to my tastebuds.

Overall, my opinion of this brand is that they make good tea. They taste good, even if the smell of them isn’t my favourite. My heart may still be steeping with the wall of teas sold by David’s Tea, but this comes in a close second right now for a wide variety of yummy flavours and packaging that I cannot get enough of. That’ll do Teapigs, that’ll do. 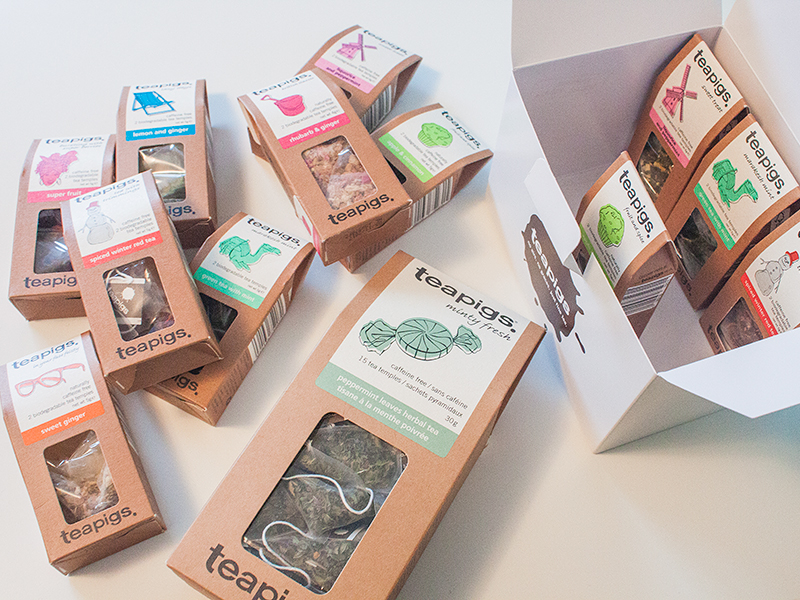 when you aren’t the youngest in the office, but

because i miss my sunset photo sessions… here’

the lil white butterfly was a paid actor. 🤍 #

a refreshing summer combo of drinks from @starbuck

behind the scenes vs the finished shots. 📸 #be