As we welcome the season of spring, I am here to bring you my favourite teas of the new season. My taste for teas is ever changing, so a tea I loved in the winter may not get reached for much until colder weather returns. We are not quite into the iced tea weather, but I do have some hot teas that I would like the discuss that definitely deserve some attention.

First and foremost, I want to apologize to a certain tea for not giving it the credit it deserved when I first bought it. This is the Harney & Sons Hot Cinnamon Spice flavoured black tea. I bought this on pure recommendation from a youtube video and luckily found it while wandering around Indigo once, even loving the tin can that it came in, but when I made my first cup of it I was a little less satisfied. The punch of the cinnamon was too strong for me, but times have changed. I tried making this tea again, but along with another tea bag of a much smoother and sweet flavour, taking both of the tea bags out after a few minutes of steeping. This tea was so much more enjoyable the second time around. I realized that I didn’t want to waste two tea bags every time, so I went back to just using the tea bag alone, but taking it out after it steeping for a short while and have been enjoying this tea ever since! It definitely has aa punch of cinnamon, but you can be the judge of how much impact it has on your taste buds. I think this tea is a perfect tea for colder days as it really gives that sense of being the drink to warm you up.

Very similar in flavour, the Good Earth Sweet & Spicy tea for Keurig machines also got its redemption with my taste buds. When I first started using my Keurig 2.0 (review here), I ordered a bunch of K-cups online and decided to try out this flavour in the caffeine free herbal version, rather than the black tea ones. The flavour was very strong, and similar to the first tea I mentioned, I set this one aside and wish I didn’t have so many K-cups to go through in order to finish them off. I learned my lesson with this one just recently, and it has become a K-up that I will reach for often now. When I brew this tea, I brew about 8oz into my cup, and then add in hot water after to dilute the flavour ever so slightly so that it doesn’t hit me as hard with the flavour. The flavour itself is bits of sweet orange and spicy cinnamon combined in a caffeine free red tea infusion. I definitely would consider buying the black tea version of this once I run out of the stock that I have. I did add a small bit of agave to this from time to time to add an extra hint of sweetness.

Are you surprised that I managed to make it this far in a tea flavour blog post and not mention David’s Tea yet? Shocking, I know! You don’t have to wait much longer because my third favourite is the David’s Tea Yogi Berry oolong tea. I tried this flavour in stores as an iced tea when I was getting too warm wearing my winter jacket while shopping and needed something refreshing to cool down. The scent of the loose leaf tea is quite strong and people may normally pass on this because it is such a strong smell, but the flavour of the tea when tasted is quite different. The smell hit you with a lot of berry scents, but the taste is a nice balance of berries and ginger. This low caffeine tea is packed with strawberries, raspberries, currants, and ginger root. The addition of kombucha powder is a bonus because of its enzyme-packed detoxifying powers. I’m always a fan of a great tasting ginger tea! I think it is an amazing tea to have served over ice, but also as a hot beverage as well. The only downside to this tea is that I can smell it in my room because that smell is still so strong that the tin does not conceal it all the way.

Lastly, the tea I became obsessed with over the past while is the Celestial Seasonings Candy Cane Lane tea. This is a smooth decaffeinated green tea with an amazing blend of flavours such as cool peppermint, creamy vanilla and a dash of cinnamon. Mostly you can just taste the peppermint flavour, and sometimes the green tea, but it is seriously the best green mint tea that I have ever tasted! Unfortunately, it is a seasonal tea that only comes out around Christmas, and I was late to the party on this one. I bought one of the last boxes of tea bags from a local Goodness Me to keep at work and was never able to find it again after that when I wanted a second box of it to keep at home. Using the magical powers of Amazon.ca, I found a tea flavour that was pretty much the exact same, but under a different brand. I purchased two boxes of this to stock up, and because it came in sets of two, and now have two boxes of the Trader Joe’s Candy Cane Lane decaf mint green tea. The illustrations on these boxes is even cuter than the other brand I had, so this one wins the last spot of favourite tea flavours this time around.

That’s it for favourite tea flavours this time around folks! If you have any tea flavours that you think I should know about, please let me know! Comment below which flavours you love and I will make sure to check them out soon. I love trying new tea flavours, and I try to collect new ones as I finish off older ones. 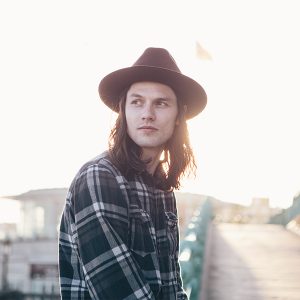