Here are movie reviews for the last two movies I have watched: Disney’s animated Big Hero 6 and indie flick Life Partners. These films are completely different and I really enjoyed them for their own special reasons.

I had heard next to nothing about this Disney movie leading up to its theatrical release, which gave me no immediate intention of watching it. Since it got released I have had friends tell me how amazing it was when they finally watched it for themselves, along with hearing rave reviews about it from people in YouTube videos discussing their favourite recently watched movies. It finally came time for me to watch this movie with my boyfriend as he mentioned it when deciding on something to watch, and it was a done deal. I now fully understand the reviews that people gave this movie and why they were always so great. This animated film really brought the world of animation to a new level of awesome with the theme of science and robotics and really making an impact with it. There has been animated movies that touch on these subjects, but never as in depth as this movie took it. This movie is also jam packed with an equal amount of emotions and laughter. If you watch this movie for anything, watch it for a low battery Baymax, it’s the best part in my opinion.

I have wanted to watch this movie ever since I saw the trailer. With great star power from Gillian Jacobs, Leighton Meester, and Adam Brody, this movie definitely reeled me in. This film is basically about two best friends that have to deal with life in a slightly different way when one of them gets involved with someone else and is not as readily available as they used to be. I think it does a great job at showing what it looks like to get into a slump in life and really gives you the motivation to get out of that slump and starting your life on the road to bigger and better things. I had heard another review on this movie and it made me not want to watch it as much, therefore me pushing it further down my list of movies to watch, but I am glad I brought it back out to the top and finally gave it a watch. I really enjoyed watching the secret friendship type things that the two girls do, even in their late twenties, and watching how the relationship develops between Gillian and Adam’s characters. If anything, this movie is one of the stepping stones that eventually brought together Leighton Meester and Adam Brody to become a married couple together in real life, even if they are not at all involved in this movie. 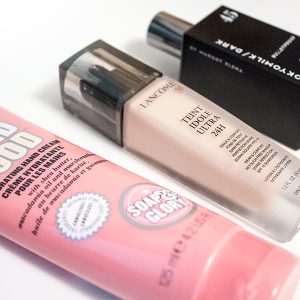