Another two new movie reviews, and this time it is for two movies that have only recently come out in theatres. This movie review blog post for a newer slightly more indie release, While We’re Young, and another film that I knew I had to see because it starred Blake Lively, The Age Of Adaline.

After seeing the trailer for this film I knew I eventually wanted to see it one day. Looking through the movie listings on a Friday night and finding out it is playing near you just happened to be a great happenstance. The notion of happenstance and how things happen plays a big role in the overall theme of the movie itself, and I am now trying to use the word “happenstance” more often because it is a great word. Anyways, back to the movie. This Ben Stiller and Naomi Watts movie focuses on a married couple that gets wrapped up into the lives of another married couple, played by Adam Driver and Amanda Seyfried, that is of a much younger age demographic. A lot of documentary movie discussion takes place as both male characters are trying to create movies of their own. The movie took a turn that I did not predict from the happy-go-lucky trailer, but it was still enjoyable nonetheless. I left the theatre wanting to have more attempted hip-hop dance breaks just for fun and I just really wanted to listen to Lionel Richie’s “All Night Long (All Night)” thanks to it getting played in the movie.

This movie was originally what I was planning on watching on the first movie outing, but ended up seeing the first movie instead. After hearing great movie reviews about this film I made sure to see this one right away. Also, I cannot deny myself of the beautiful Blake Lively on the big screen. I have loved watching her since The Sisterhood of the Traveling Pants and she is even more amazing than ever before. Seriously, she is a goddess. I do not think anyone could have pulled off the role of Adaline (“Jenny”) the way that Blake did due to her ultimate beauty and classic nature. It was just perfect casting. Then comes in the character of Ellis and my god he is quite the sight. (Note to self: Maybe start watching Orphan Black for more Michiel Huisman) This classic love story movie that is heavily based on the essence of past and future and connections with other people is definitely a movie you will want to see! This was drama at heart with very (read: very very) few lines that may give you a slight chuckle. Basically if you want to watch Blake Lively be perfect for almost two hours, this movie is for you. The love stories involved in the movie really hit you in the feels at times, and I will admit to watery eyes at least twice during the movie. 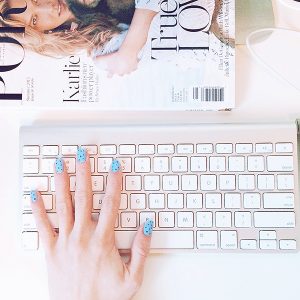 Things I Have Learned About Blogging