Any original fan of the television show Misfits would know how talented Robert Sheehan is. I took this knowledge and was thrilled to see the trailer for the movie The Road Within starring Sheehan as a young man named Vincent with Tourette’s Syndrome that gets put in a treatment centre to help him manage his Tourette’s throughout his life. Thing get out of control when he ends up embarking on a bit of a road trip with co-stars Zoë Kravitz (Mad Max: Fury Road, Divergent) and Dev Patel (Slumdog Millionaire, Chappie).

Most cursing in an opening scene that may ever exist? Most likely.

The trailer for this film shows the notion of struggle that these characters go through, each with their own individual needs for treatment: Tourette’s, OCD, and anorexia. The trailer also shines a light on the film’s ability to still bring in a bit of light-hearted humour into this storyline, but also the incredible amount of emotion that this film explores. Vincent has a very difficult relationship with his political career driven father, who clearly does not want his son in the press while on the campaign trail to cause any issues with his uncontrollable outbursts. Vincent is also affected by his mother’s recent passing and carries around her ashes with him. When the trio of patients leave the treatment clinic after stealing the doctor’s car, they head out on an adventure to deliver Vincent’s mother’s ashes to the ocean.

Each of the characters really shows their range of acting abilities while diving deep into the disorders or diseases that they each battle with. Each of them face moments of escaping their normal life struggles and signs of happiness, but also hit times of struggle when their issues get the better of them. There are moments of possible romantic interest, moments of happiness and sadness, chances of personal relationship mending and breaking, personal growth, and a bit of laughter and a chance of tears.

I was really impressed with this movie as a whole by the time the credits began to role and if I had any ability to give awards to people, I would definitely be handing one over to Robert Sheehan for his role in this movie in a split second. I really can’t say much more about this movie without diving into some spoiler-ish areas that I usually try to avoid, but I just highly recommend you watch this one. With this movie, I do warn that there are no children around that may pick up some of the words from the Tourette’s outbursts and they may think it is normal to yell those words in public. If you ever wanted to watch a very emotionally-driven movie about a road trip and adventure through the west coast, then I would definitely recommend this film to you. 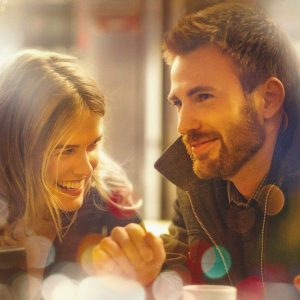