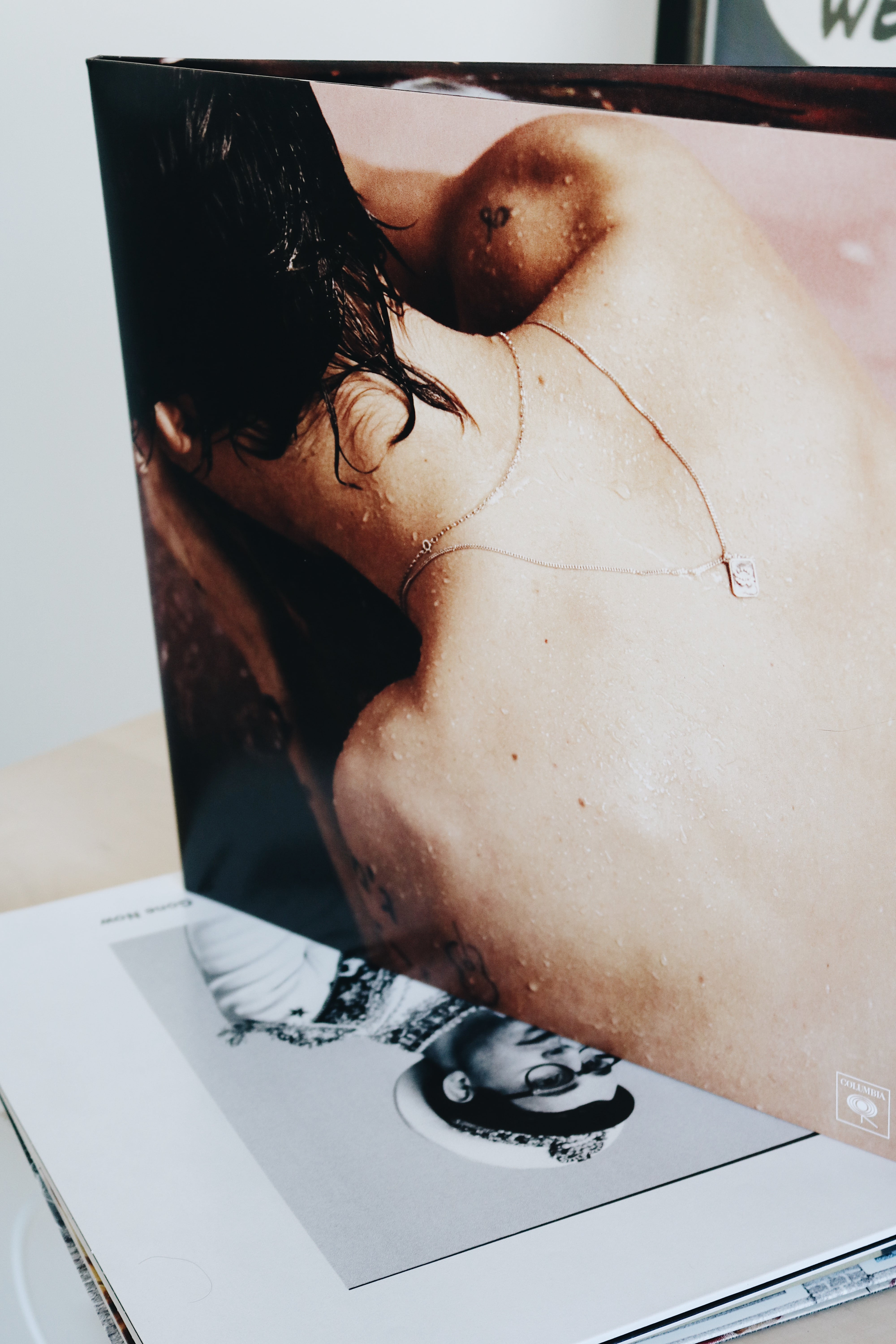 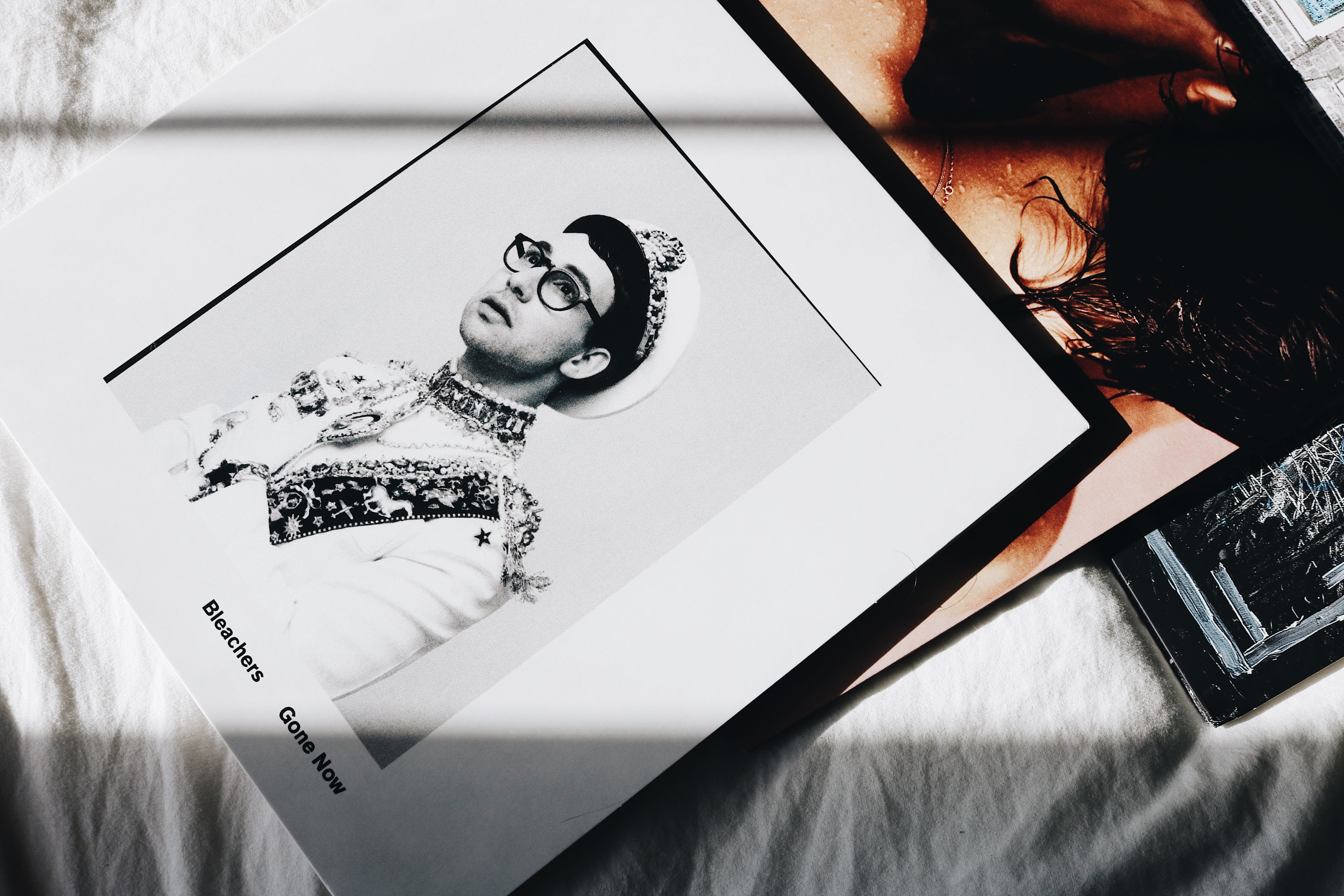 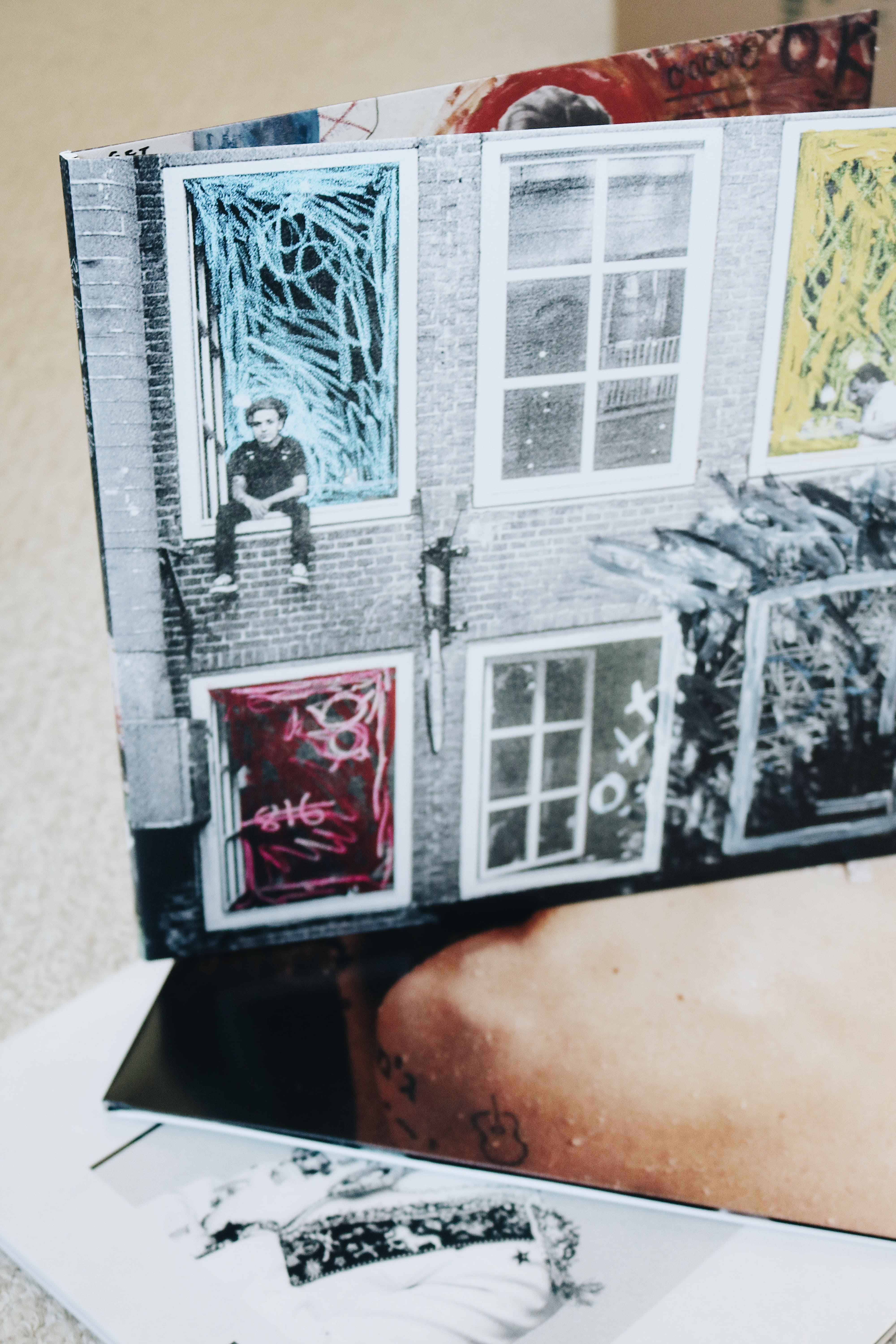 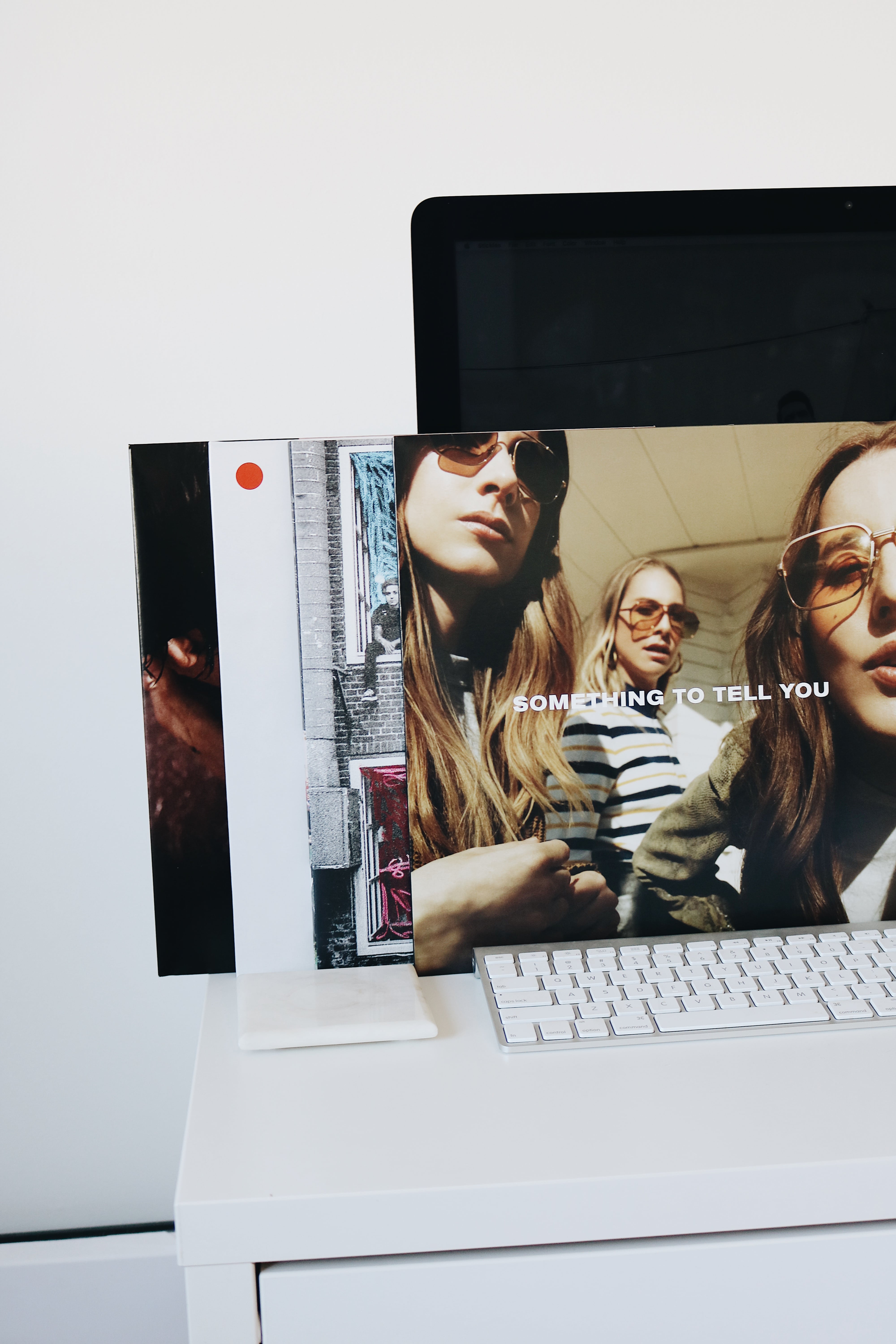 I normally blog about things that fit under the beauty and fashion umbrellas, but I do occasionally talk about lifestyle topics. I’m hoping to dive further into that category next year in 2018. I used to post a lot of film reviews but I phased that out quite a while ago. Entertainment is a part of the lifestyle umbrella and that’s why I am ending 2018 with a music-related post.

I wanted to discuss my favourite music releases of 2017 as is has been quite the amazing year for new music. How do I narrow down just my top favourites? It has taken a couple discussions with the boyfriend and my dear friend Kelsey. I ended up picking four albums that I loved this year, all of which I ended up owning the vinyl for… coincidence, I think not. This will be a semi-short post as I won’t go too far in-depth with talking about each, I’d prefer you just take a listen for yourself.

Where oh where do I begin with Harry Styles. Taking a step away from the One Direction pop-genre, this solo album is the best effort given by any of the former 1D members. I was a bit skeptical when “Sign of the Times” got released, but I have fallen head of heels in love with the entire album and listen to it start to finish quite often. If you haven’t given ti a fighting chance because you’re not a fan of One Direction, put all your thoughts aside and give it a chance. It is in a world of its own and wonderful.

I basically love anything that Jack Antonoff works his musical magic into. This album was a journey of hits, one after another. I fell in love with each hype track as they were released and the rest of the album proved to live up to the expectations I had for it. I was delighted to see Lorde and Carly Rae Jepsen featured on vocals as well, making it all the more special. This album was better as a whole, but I do will really love some of the first few singles a lot.

This was one the first albums that I listened to fully and thought to myself, “that was amazing!” and then played it all over again. I love the album as a whole and it made my love of Helman’s music even stronger. I was lucky enough to catch him in concert twice this year and that little peanut is a talented one.

HAIM – Something To Tell You

If you haven’t watched the music videos that have been released from this album so far, I will wait for you to do so. “Want You Back”, “Little of Your Love”, and “Right Now” are some of my favourite tracks, but the album is a great listen on a weekend afternoon for relaxing. I would listen to it at any time of the day, but I find it works the best for those lazier weekends.

The list wouldn’t be complete with a quick list of some albums that didn’t quite make the list. Some may have songs I didn’t like compared to the others. Some may have just been EPs that were too short. I still want to give them some love! Some I’m in shock didn’t make the top picks, and some I’m surprised I love as much as I do.

I hope you enjoyed my list. Next year is going to continue the trend of amazing releases, I can just feel it! I love talking about my favourite music releases, so leave your picks below if you had favourites this year. See you in 2018! 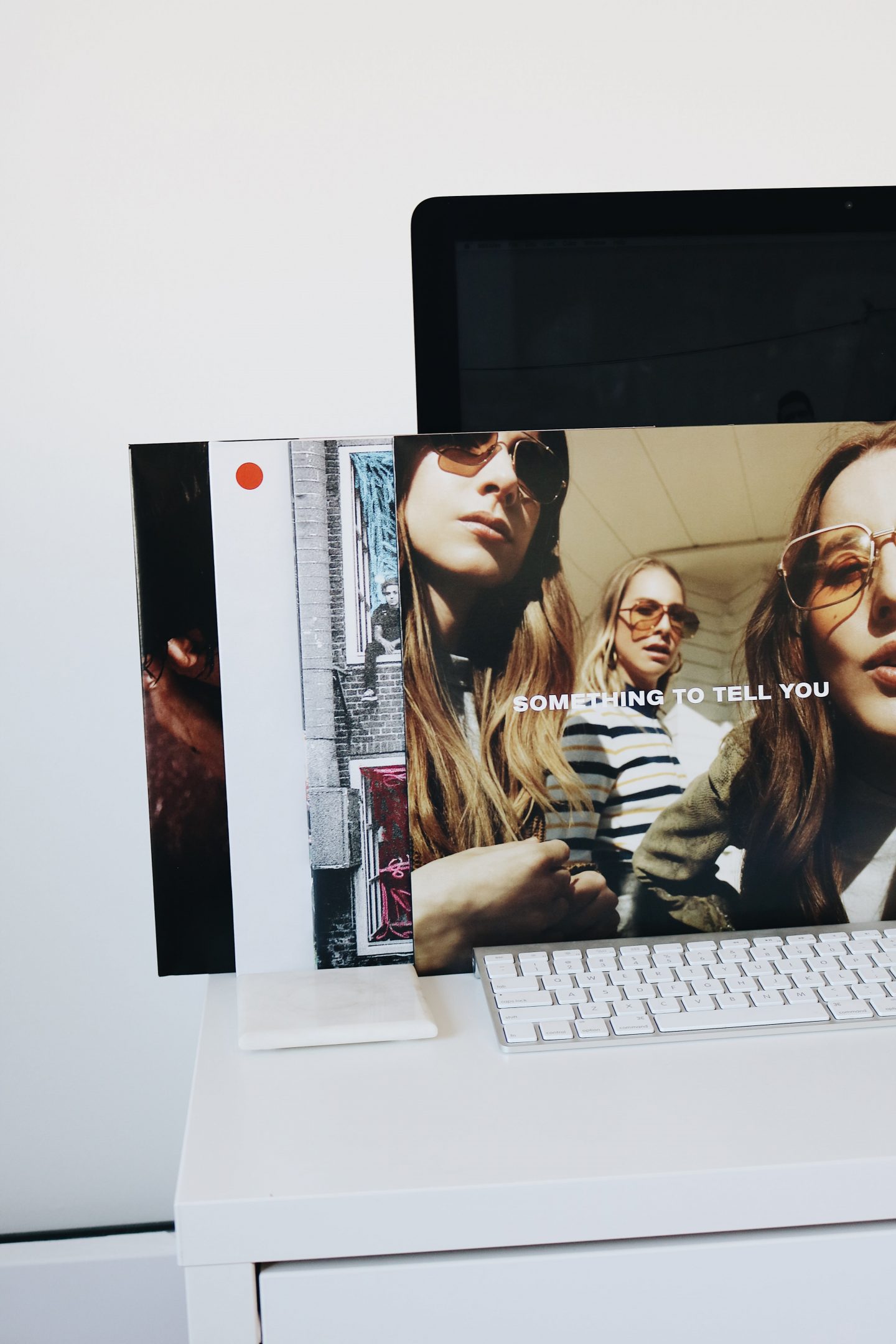